Vice-president of Business Development and Innovation
He holds a degree in Engineer Administratration of the Facultad de Minas of the Universidad Nacional de Colombia, and a Master’s degree in International Business from Texas A&M University. He began his career with Grupo Éxito in 1996 as an intern. In 1998 he served in stationery purchases in Cadenalco, in 2001 he became Sales Manager for the Éxito format and in 2003 he worked in Precision Trading Corp. in the United States. In 2006 he returned to Grupo Éxito as Head of the Department of Investor Relations, and then became, in 2008, the Director of Financial Planning. In 2010, he became the Corporate Manager of Entertainment, a position he held until June 30th, 2011, when he was appointed as Commercial Vice-President and of Supply at Grupo Éxito. Today he serves as Vice-President for International Business. 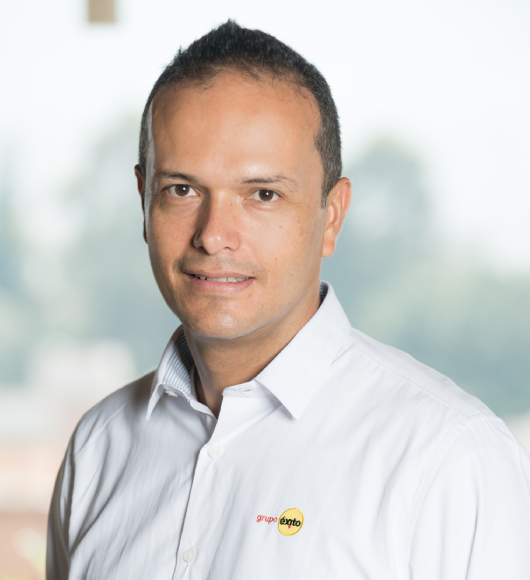