In 2019, within the framework of the project to simplify the corporate structure of Casino Guichard-Perrachon in Latin America:

In 2021, Sendas transferred 87.8% in favor of GPA, by means of a partial spin-off in Brazil, subject to that country’s laws. This in addition to the 8.77% transfer in favor of GPA previously made. Subsequently, GPA made a contribution in kind to its wholly owned subsidiary, GPA 2 Empreendimentos E Participacoes Ltda, of 22,380,232 ordinary shares, equivalent to a 5% share participation in the Company. As a consequence of these operations, GPA's participation in Éxito is of 91.57%. 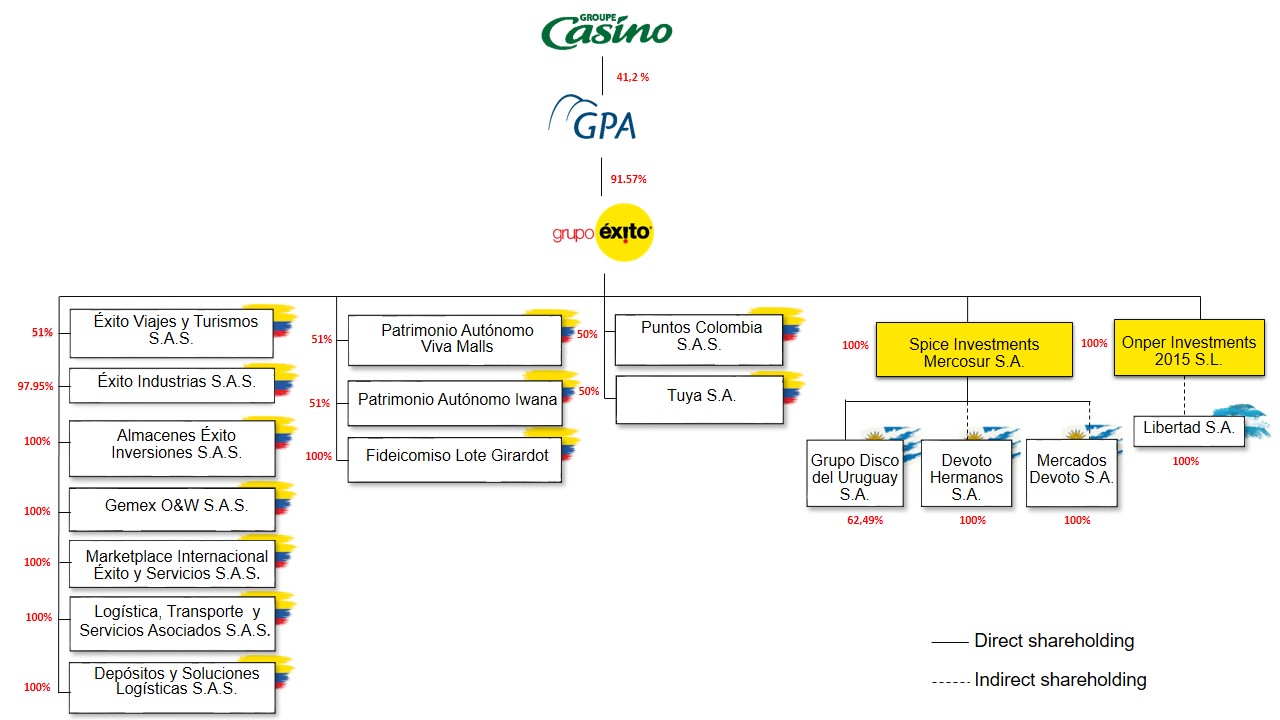